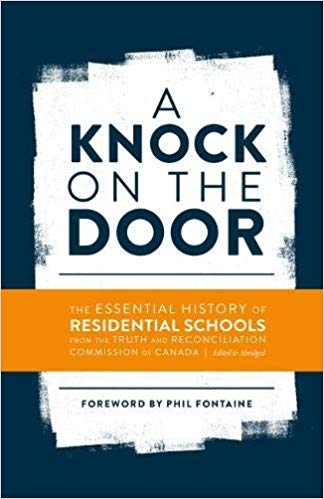 A Knock on the Door 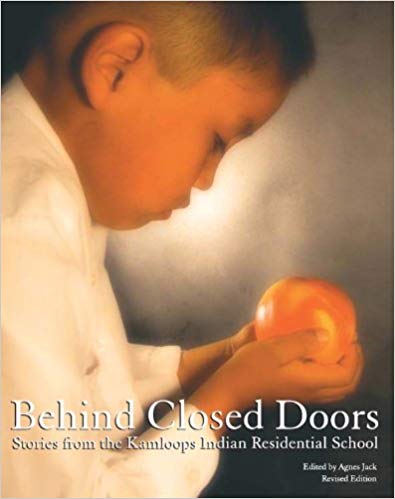 The Dark Legacy of Indian Residential Schools: A Memoir 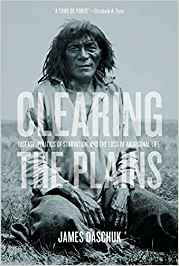 Disease, Politics of Starvation, and the Loss of Aboriginal Life 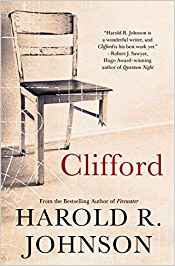 Clifford: A Memoir, A Fiction, A Fantasy, A Thought Experiment

When Harold Johnson returns to his childhood home in a northern Saskatchewan Indigenous community for his brother Clifford’s funeral, the first thing his eyes fall on is a chair. It stands on three legs, the fourth broken off and missing. 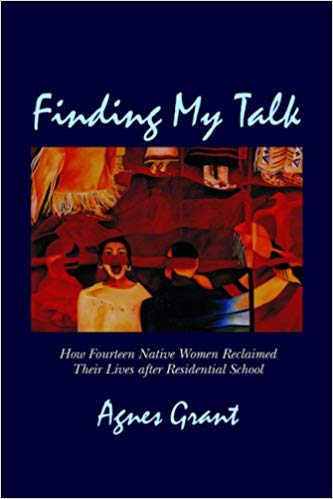 Fourteen aboriginal women who attended residential schools, or were affected by them, reflect on their experiences. 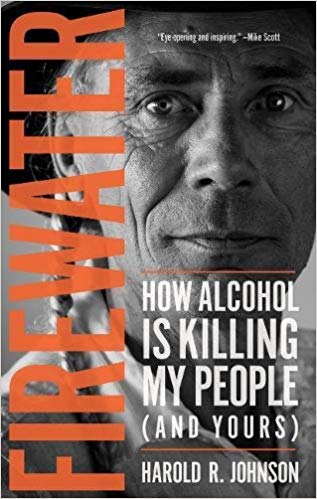 Firewater: How Alcohol Is Killing My People (and Yours)

A passionate call to action examines alcohol—its history, the myths surrounding it, and its devastating impact on Indigenous people. 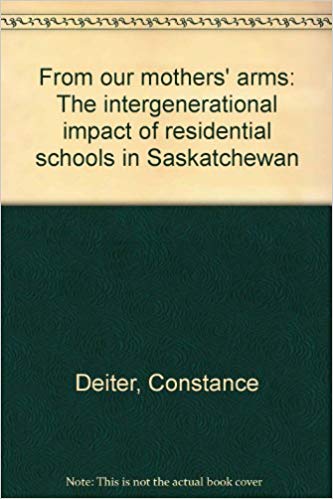 A collection of personal stories recounting experiences in and the impact of Residential school survivors in Saskatchewan, Manitoba and Pennsylvania. 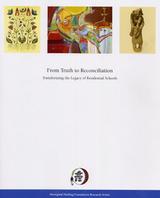 From Truth to Reconciliation: Transforming the Legacy of Residential Schools

This is a collection of papers and brief reflections from more than thirty contributors who have worked to create just and inclusive societies in Canada and abroad. 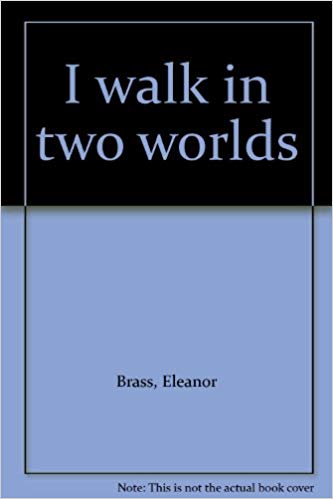 I Walk in Two Worlds

Eleanor Brass begins her autobiography with a foreword that briefly rehearses the stages of her life. Her life spans a historical period which begins with the homestead policy and matures during the years of renewed organised Indian political activit 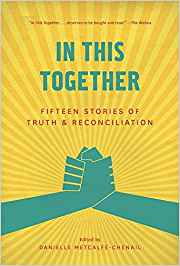 In This Together: Fifteen Stories of Truth and Reconciliation

This collection of essays from both Indigenous and non-Indigenous contributors from across Canada welcomes readers into a timely, healing conversation—one we've longed for but, before now, have had a hard time approaching.

The humorous bittersweet autobiography of Basil Johnston, a native Ojibway, who was taken from his family at age 10 and placed in a residential school in northern Ontario 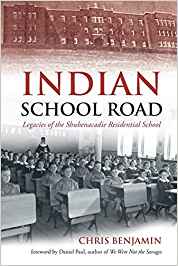 Journalist Chris Benjamin tackles the controversial and tragic history of the Shubenacadie Indian Residential School, its predecessors, and its lasting effects, giving voice to multiple perspectives for the first time. 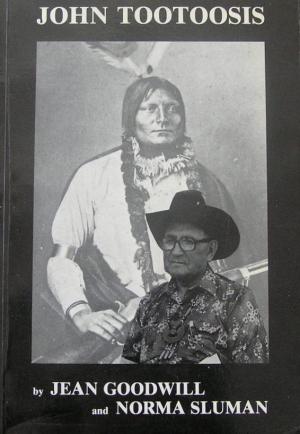 Oral history of the Cree leader John Tootoosis by his daughter, Jean Goodwill. Tootoosis grew up on the Poundmaker Reserve and became an important figure in the League of Indians of Canada during the 1930s. 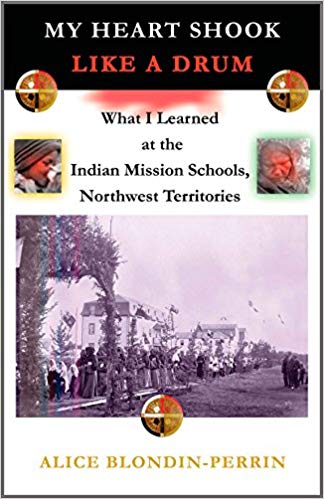 My Heart Shook Like a Drum: What I Learned at the Indian Mission Schools, Northwest Territories

Alice suffered through many years of abuse trying to fit into a new way of life in residential school. The system changed her into a boarding-school ideology of being prim and proper while living with no love, no hugs and no explanations about life. 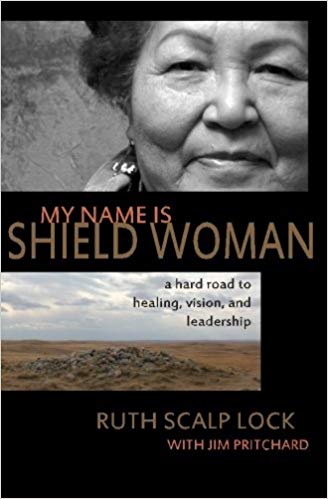 My Name is Shield Woman: A hard road to healing, vision, and leadership

Ruth Scalp Lock, a Siksika woman, tells her story as a young child, her experience of Residential School, and her hard road through abuse and addiction. Awakened, Ruth embarks on a journey of healing and spiritual discovery. 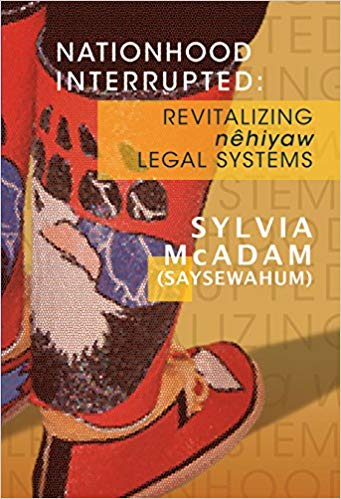 Traditionally, nêhiyaw (Cree) laws are shared and passed down through oral customs. However, the loss of the languages, customs, and traditions as a direct result of colonization has created the need to record the physical laws of the nêhiyaw. 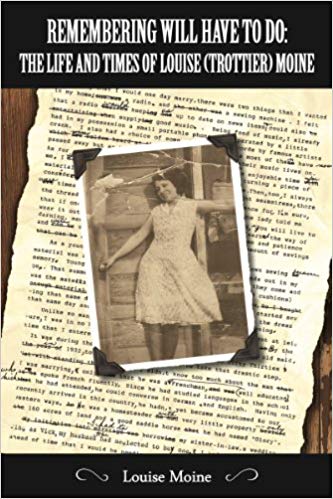 Remembering Will Have to Do: The Life and Times of Louise (Trottier) Moine

This anthology collects Louise Moine’s writings. She wrote about southwest Saskatchewan’s ranching culture, the end of the Métis’ nomadic lifestyle, her time spent in an Indian residential school system, and the impact of colonization. 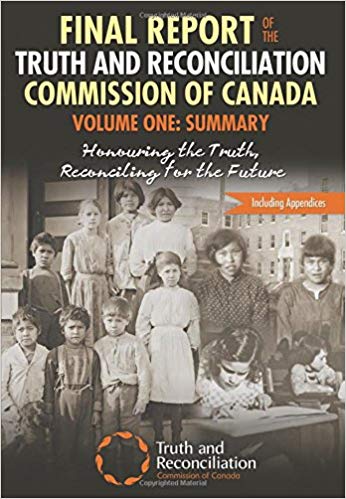 Report of the Truth and Reconciliation Commission of Canada,Volume One: Summary

This report, the summary volume, includes the history of residential schools, the legacy of that school system, and the full text of the Commission's 94 recommendations for action to address that legacy. 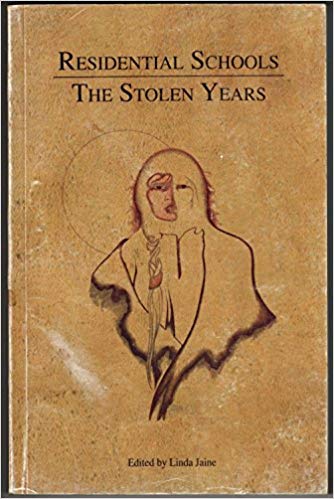 The stories in this book are the voices of our community. Each story given, as a gift, is an act of resistance. An act of healing. 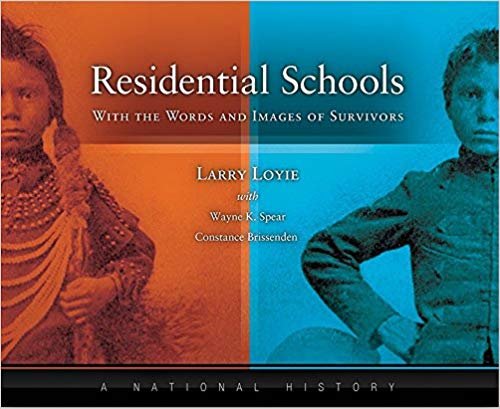 Residential Schools: With the Words & Images of Survivors

A first-person perspective of the residential school system in Canada, as it shares the memories of more than 70 survivors from across Canada as well as archival and contemporary images, some never before published. 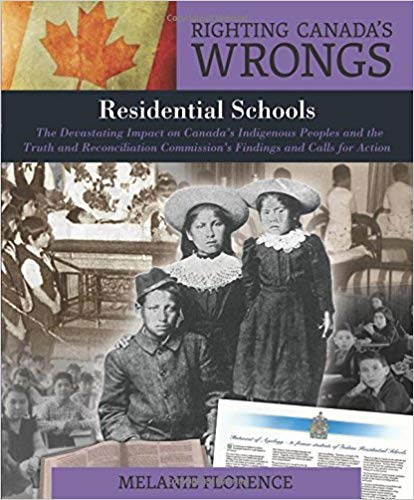 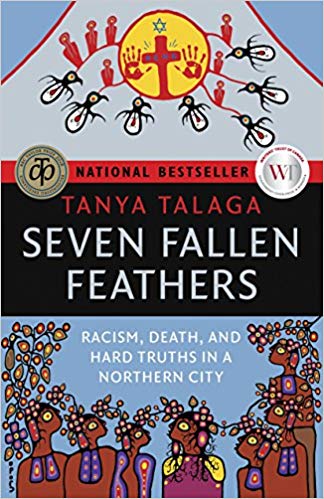 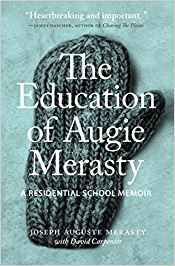 The Education of Augie Merasty

A courageous and intimate chronicle of life in a residential school. 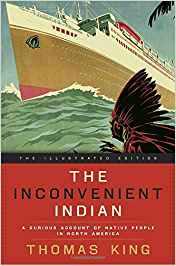 The curiously circular tale of the relationship between non-Native and Indigenous people in the centuries since the two first encountered each other. 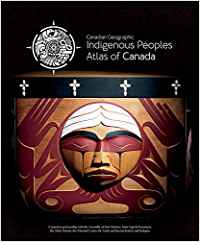 The Indigenous Peoples Atlas of Canada

A four-volume atlas that shares the experiences, perspectives, and histories of First Nations, Inuit and Métis peoples. 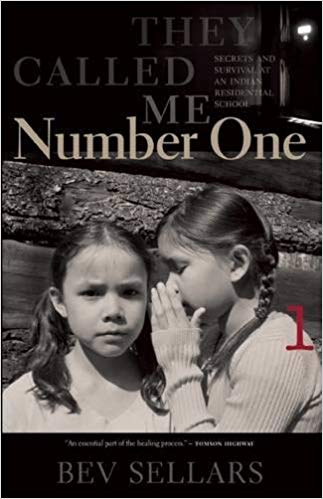 They Called Me Number One

Secrets and Survival at an Indian Residential School
Bev Sellars 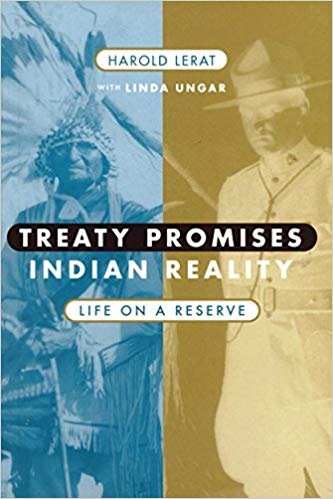 by Harold LeRat, with Linda Under

Harold LeRat relates the history of the Cowessess people through stories told by elders and historical research, providing a look at the reality of many First Nations peoples as well as the development of reserves on the Prairies 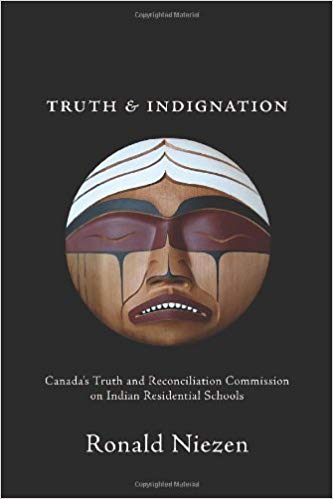 The first close and critical assessment of a Truth and Reconciliation Commission as it is unfolding.

Unsettling the Settler Within: 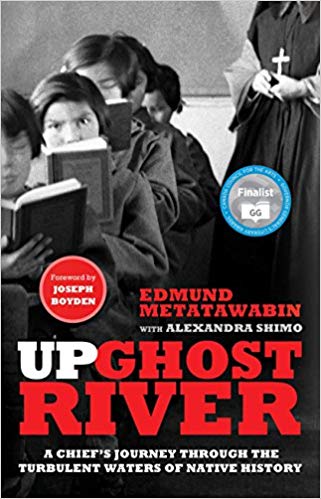 A Chief's Journey Through the Turbulent Waters of Native History 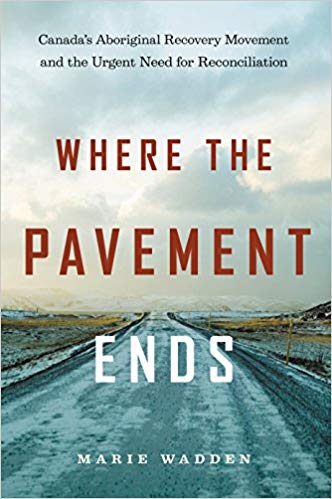 Where the Pavement Ends

Filled with inspiring stories gathered from journalist Marie Wadden's discussions with activists across Canada who are involved in the Aboriginal healing movement. The book is also a passionate wake-up call aimed at all Canadians