The Pope's Visit to Canada 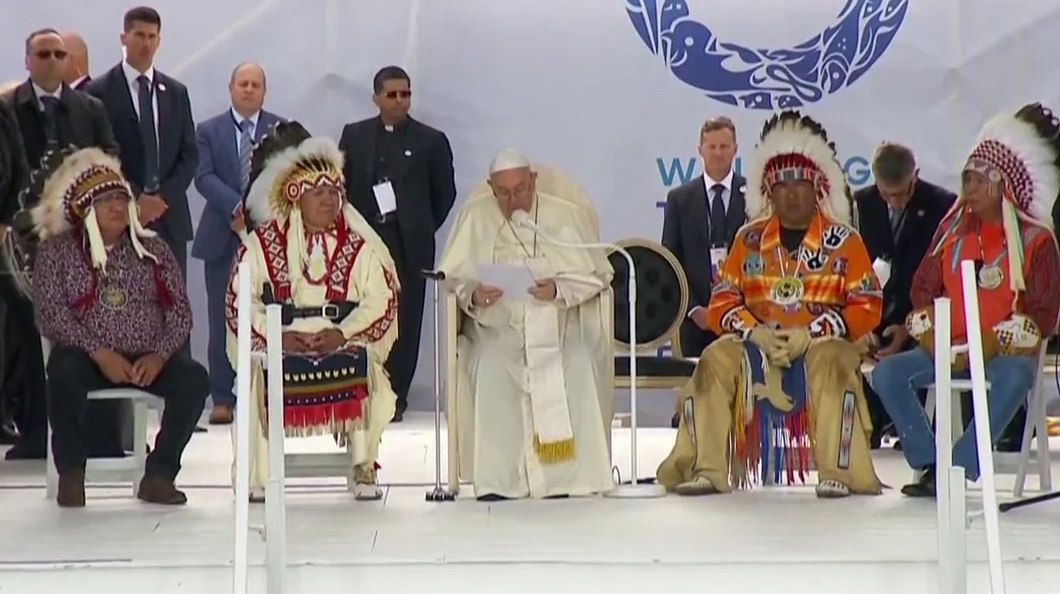 This is the public apology for the role that the Catholic Church played in Canada’s residential school system during the Pope’s visit to the former site of the Ermineskin Indian Residential School in Maskwacis, AB.

Reauters - Here are some reactions to Pope's apology.

Murray Sinclair Former senator Murray Sinclair was the chair of the Truth and Reconciliation Commission from 2009 to 2015. He says the apology the Pope delivered Monday for the role Catholics played in Canada's residential school system was lacking. (Tyson Koschik/CBC)